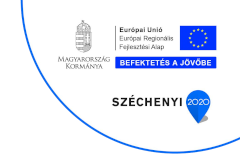 Quiet excursion, recreation in a green area of Zalaegerszeg with a wonderful view

We await our dear Guests with regular musical evenings and cosy, traditional events

Jánkahegy is a quiet part of the town, close to nature, yet within easy reach of the bustle of the city.

“I have noticed that these days, people travel to the countryside less and less and go on less and less excursions, and partly that was what inspired me to set up a restaurant here on the hillside in this quiet, peaceful place with a beautiful view, where the guests can relax. Gyuri Csárda was made to get people out of their daily work and enjoy our city walking, while parking their cars. This way, they can get a taste of the beauty of Jánka Hill and the food and drinks of the mountain people.”

The Aquacity Zalaegerszeg Adventure and Waterslide Park is located in the picturesque Gébárt Leisure Center, 2 km from Zalaegerszeg. The Water Amusement Park is one of the largest aqua parks in Central Europe and the only aqua park in Transdanubia, offering unique experiences and carefree fun. The 7,5-hectare area has more than 6000 m2 water surface. There is a wave pool, a baby and children pool, 3 Jacuzzi pools, a diving pool, a beach pool and a 300 m long slow-flowing water. The real attraction of the facility are the 18 slides. 13 giant slides (each 54-120 m long) were built for adults.
In 1968, the country’s first open-air ethnographic museum was opened in our city. The ensemble of 40 buildings, which was shipped from 22 settlements in Zala, is located around the backwater of the Zala river. On the premises of the open-air museum, a settlement of Göcsej from the last century was reconstructed, where visitors can also get acquainted with the everyday objects of the area. On the first floor of the museum’s reception building there is an exhibition entitled ‘Carpathian Basin traditional costumes on dolls’.
Close your eyes!… In your imagination, you are in a magical landscape. Undulating hills, strident green meadows, fields, white-painted houses, red tiled roofs, geraniums in the windows, smiling locals at the gates. Above the ground there is a constant humidity cover, one can almost bite the fresh air smelling of hay and pine. You feel like in Switzerland or in Austria, right? However, there is also a “foothold of the Alps” in Hungary, at the western border. It is called Őrség.
On the Bazita Peak stands the 95 m high TV tower, in which can be found a café at 52 m altitude. The bar and the open terrace below it offer beautiful views of the city and the Zala hills in every hour of the day. In clear weather one can see the volcanic outliers Ság and Somló and even the range of the Alps. Courageous visitors can try the unique free fall simulator from 50 m altitude.
Sümeg Castle was a present from Saint Stephen to the bishopric of Veszprém. During the decades of Turkish expansion, Sümeg Castle played an important role in defending Hungary and Western Europe in the second line. The city had been in Turkish hands several times, but they could not take the fortress built on high ground. By the time of the regime change, Sümeg Castle was in a very bad condition, and in 1989 the County Tourist Office gave it back to the city. By this time, the present captain of the castle was granted the right to operate the fortress. Thanks to the extraordinary working ability, diligence and expertise, the castle of Sümeg has been completely rebuilt in the last thirteen years, its walls stand solidly. The guests of the castle take part in a time travel as the medieval revives during summertime amidst the old walls, and the contemporary guilds open their workshops. Knights practise in the courtyard and the livestock of the castle can be petted in the stables. Those with stronger nerves can even visit the torture chamber.
A weboldal sütiket használ, az oldal használatával elfogadod a(z) Adatkezelési tájékoztató dokumentumot.